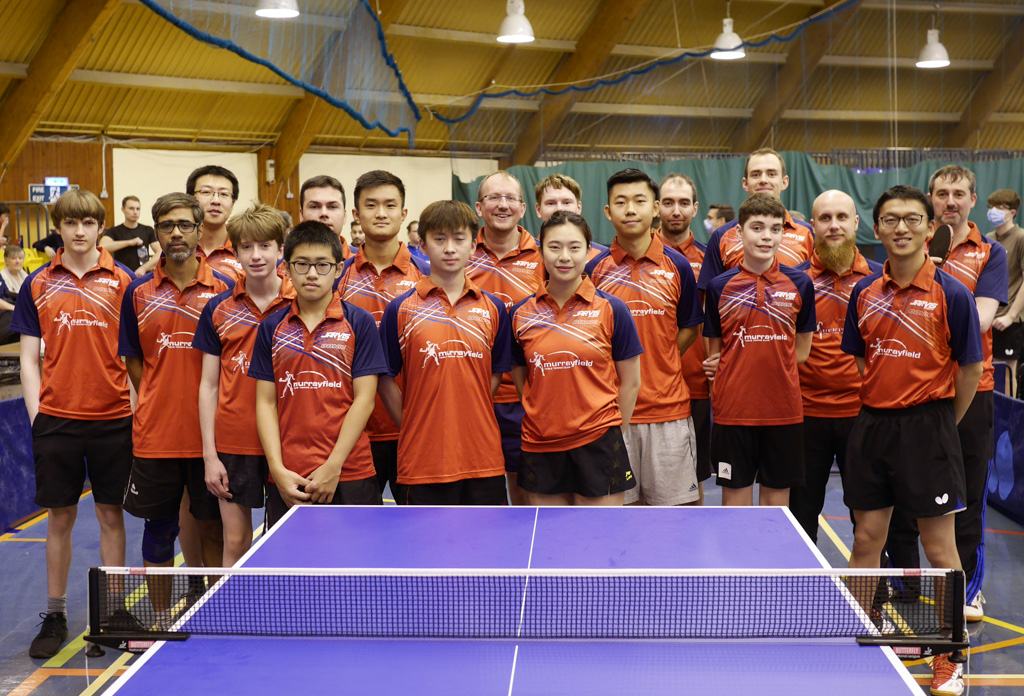 Six Murrayfield sides took part in the opening set of fixtures as the Scottish National League restarted on Saturday (October 9th). It was a good day for the club at Bell’s Sports Centre, Perth with all the teams picking up at least one point. A number of new members were in action and all fitted in well and contributed to the successful day.

Team A and team B clashed in Division 1, with the A team forced to work hard for their 4-2 victory, with John Hannah producing two wins. The wins for team B came from new German player Kevin Qu against Krzysztof, winning 3-2 with some strong reloops. Gordon managed the other upset, against new Chinese arrival Christopher Wong. Team A sit just behind North Ayrshire A at the top of Division 1. Murrayfield B sit in mid-table on 2 points via a battling 4-2 win over South Ayrshire A, with two wins apiece for Gordon and Kevin.

Team C had a tricky day in Division 2, finishing with a draw (versus new team JK Carnbo) and a narrow, slightly lucky win – against Stirling A. Team C skipper Keith Dingwall beating Brian Hunter 3-1 in a tough final match. Team D lost out to the Scottish Vets B-side but gained a creditable draw against North Ayrshire C. Team E made a promising start in Division 4, with youngsters Haydn Jackson and Jamie Toner both doing well and picking up 3 wins out of 4. Team F lie near the middle of Division 6 after one defeat and one win. Leping Ma and Graham Muir both contributing two wins as they beat Drumchapel D.

Thanks to Gordon Muir (and the rest of team Muir) for leading the organisation of teams and lifts – and to all those who provided lifts and came and supported.

The next set of fixtures are on Saturday November 27th- again in Perth.