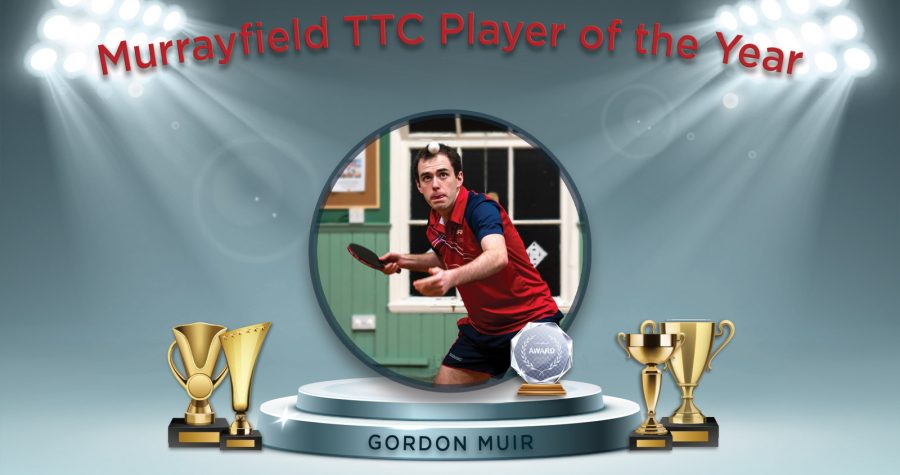 Yet another trophy for Muir !

After an excellent season, Gordon Muir was the comfortable winner as choice for Murrayfield’s player of the year. As well as his leading role in Murrayfield I’s ELTTL Premier Division victory, he also picked up the Michael McLaren Quaich for winning the Edinburgh Championships.

He was also a significant member of Murrayfield’s SNL squad. Off the table, he contributed massively to the organisation of the club and the ELTTL (as tournament director), as well as hundreds of hours leading training sessions and 1-2-1 coaching. The only thing he hasn’t achieved this year… is completing his move to China! Hopefully that will be soon, though the club wouldn’t mind if he stays a bit longer…