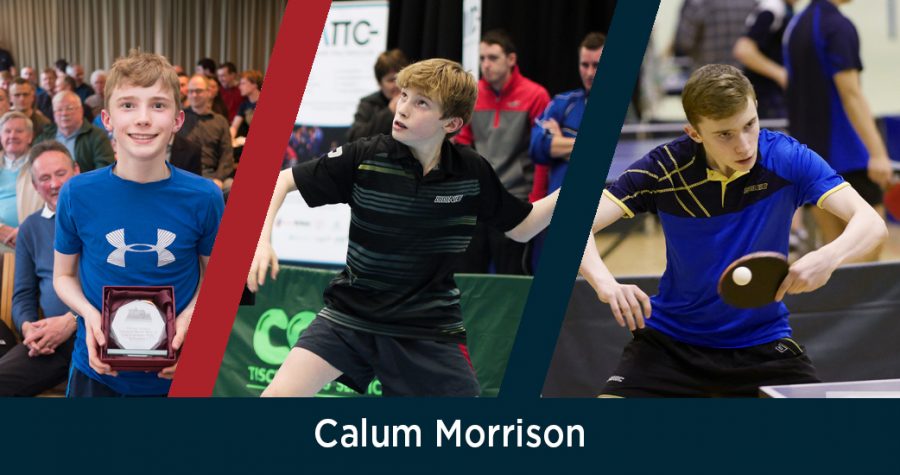 Calum Morrison has been part of Murrayfield Table Tennis Club for roughly 12 years. Since he began he has shown an excellent attitude in training and calmness in match situations. In junior sessions he was often the first to get on the table and the last to leave it. His play has been marked by a high level of consistency and mental focus. This was illustrated in some amazing ELTTL Handicap Cup matches in which he clawed back huge deficits-often winning 20 + plus points in a row!

In June 2012 he participated in the ITTF World Hopes Week and Challenge at Falkenberg, Sweden. There he was coached by the likes of Peter Karlsson.  His 1st tournament win was the under -11 event at the 2010 Edinburgh Championships. He had a fantastic run in the Edinburgh and Lothians Table Tennis League. He first represented Edinburgh Sports Club before transferring to Murrayfield in 2013. After achieving a highly impressive 84.1 % in his first season in the Premier league, he won all 57 of his matches in season 2014-2015. The following season he only lost one match – and that was when he lost track of the score when playing against Edinburgh University (who didn’t have scoreboards)! 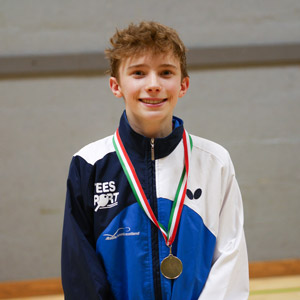 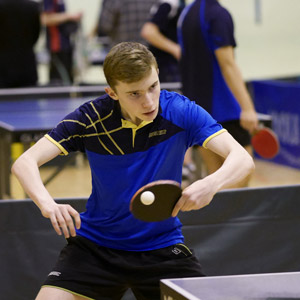 He has been a prominent member of Murrayfield’s Scottish National League squad over the last few years. In season 2017-18 he won 9 of his 10 Division one matches including an impressive win over Drumchapel’s Victor Shi Guang. He has also played in the Junior British League and the Senior British League, as well as competing (for Knightswood) in the ETTU Cup.

His achievements so far include several senior caps for Scotland, including being part of the team (alongside Colin Dalglish) who picked up the Team Home Nations Championship in 2019 (he was previously Home Nations Cadet Singles Champion).
Having been both Minor and Cadet Scottish Champion, he became Scottish Junior Champion in 2018, with victory over Dylan Curry. In the 2020 Scottish National Championships he reached the semi final of the senior event where he lost out to eventual winner Colin Dalgleish. In 2019 he made his singles debut at the World Championships, in Budapest.