Murrayfield Memorial is one of Scotland’s leading table tennis clubs. In the prematurely curtailed 2019-2020 season they retained the ELTTL Premier League trophy and finished as runners-up Division 1 of the Scottish National League.

Murrayfield Memorial Table Tennis Club is the last surviving part of Murrayfield Memorial Club, established in 1922 in memory of locals who died in the First World War. The 1st meeting of the club took place on the 14th of August 1922, with J. T. McArthur taking on the role of club President. The club was formed from the remnants of the Roseburn Boys’ Club as a recreational and meeting place for men and boys from the local area. 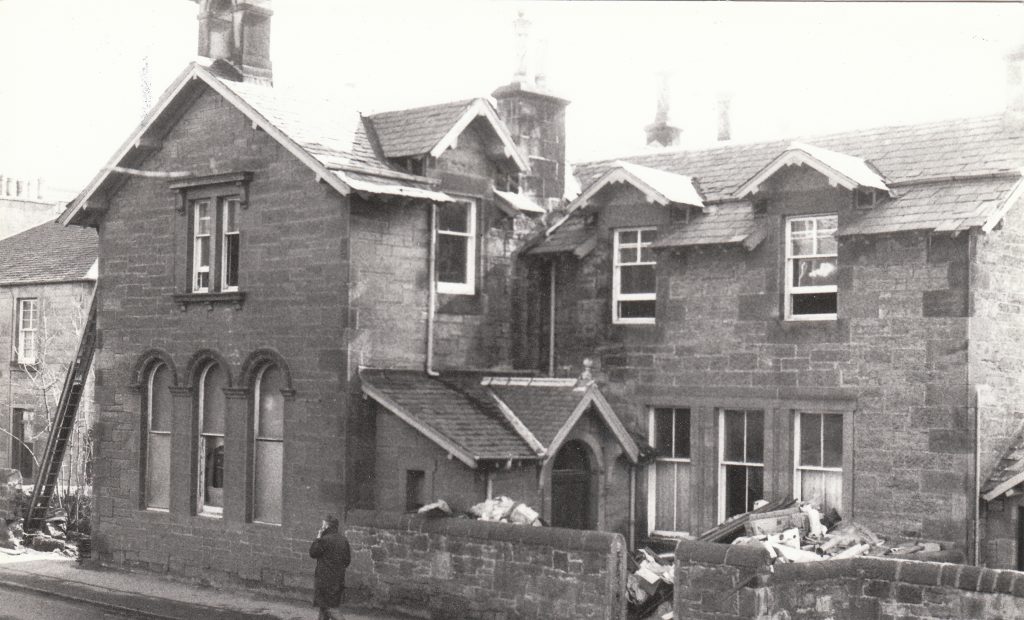 The club was very active up until the Second World War, providing weekly lectures, slide shows and recreational activities such as chess, bridge, billiards and…table tennis. That the game was alive and well in the early days is documented in the Memorial Club minute book. The entry for the 18th of November 1927 relates that ‘repairs to the gramophone and Ping-Pong table were authorised and the Secretary was instructed to purchase Ping-Pong balls’.

Table tennis became an increasingly prominent section of the club and having taken part in the wartime leagues Murrayfield first took part in the Edinburgh & District League (as it was then, having begun in 1935) in the 1945-46 season as part of the major expansion of the league in the immediate post-war period (from 46 teams in 1946 to 81 in 1950). At the 1948 club AGM, the club president ‘congratulated the TT team on their promotion’ to the 2nd Division of the league. By season 1959-60 the table tennis section had become the predominant part of the Memorial Club and boasted 5 teams – the largest club in the league.

The club’s halls (Murrayfield Memorial Hall, 17 Corstorphine Road) became a leading table tennis venue, also used by other Edinburgh clubs. The halls were originally built as Coltbridge School in around 1850. The clubs who used the hall included -in the early 1950s- Lockharton TTC, where Helen Elliott first played.  Elliott’s main club Gambit-the dominant club in the district from the mid 1940’s to the mid 1980’s, also used the halls for a period. By the late 70s the premises became ever more difficult to maintain with dry and wet rot an increasing problem. The clubhouse site was sold to Kwik-Fit in 1983 (for their new HQ) and the club moved to the hall at The Church of the Good Shepherd on Murrayfield Avenue, at first as a temporary home. After a joint venture with Holy Cross Rugby Club in Inverleith fell through, the hall was upgraded and has been the home of the club since.

An attempt to build the ‘Murrayfield Sub-National Table Tennis Centre’ at 55 Corstorphine Road proved financially unviable, while the club was outbid when attempting to buy a new home on Roseburn Street in 2015. The search for a permanent, purpose-built home goes on.

Roger Thomas, later secretary and Vice-President of the club, joined Murrayfield in 1969, playing in the 1st team with David Hunter and Ronnie Stewart.  Having won the Handicap Cup with his Edinburgh University team the previous year, the three of them then won it in the 1970 season. The trio played together for several years. In 1976-77 the team of Ian Donald, David Hunter & Roger Thomas lost the Division 1 championship only on game difference to Gambit. Roger finished that season 4th in the Division 1 averages behind a very strong trio: Bert Kerr, Anwar Majid and Alan Colliar. Another strong 1st team saw Roger Thomas, Jack Oughton (both still club trustees) and Elaine Forbes play together in the late 70s. Graham Sutherland (Scottish junior champion in 1983) was another leading player at Murrayfield. He, Jonathan Wilson, Jim Wilson and Anwar Majid were the main players as Murrayfield first won the ELTTL Division 1 title in 1986-87; ahead of strong Gambit and Tynecastle sides. The 1st team in season 1994-5 (Pete Lugton, Paul Dilger, Sarah Hurry and Colin Robertson) produced what Lindsay Muir described as ‘an exceptional result’ in lifting the Division title ‘in what was probably one of the strongest divisions in years’.

Murrayfield have been particularly strong in the ELTTL in recent years (winning the Premier Division title 6 times between 2010 and 2020) as well picking up the Scottish National League in 1997 (the squad included Ron Lindsay, Peter Lugton, Sarah Hurry and Mike MacLaren). For many years the National League teams (the club also put out a 2nd team under the Roseburn banner) were organised by Lindsay McCrea who was also President of the club, taking over from Mr Terras who was the key organising figure in the 70s. 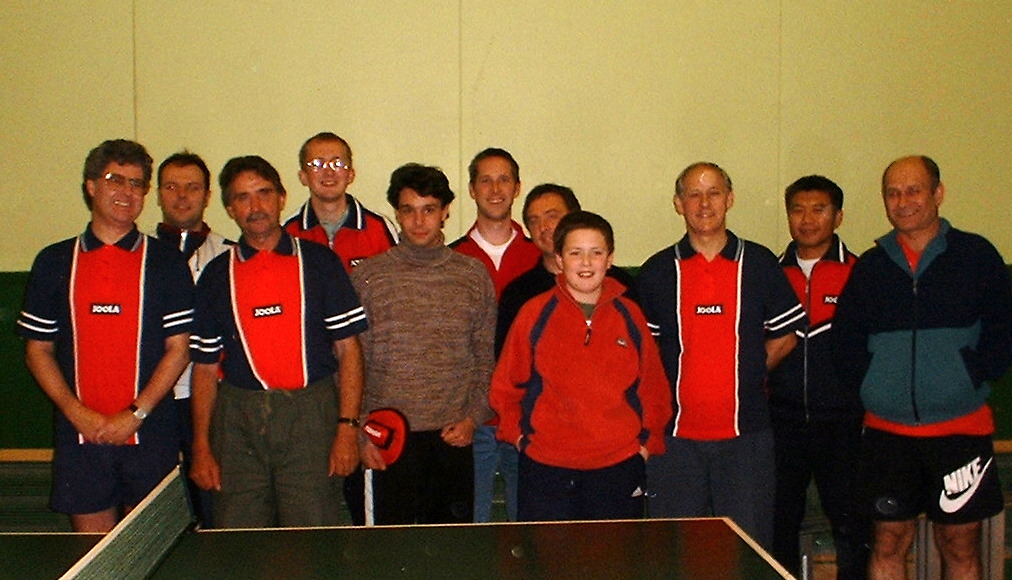 Among the significant figures in the club’s history was Mike MacLaren whose name lives on in Scottish TT through two trophies named in his honour: the Michael MacLaren Quaich awarded to the Edinburgh Championships winner (won by Gordon Muir last year) and the Mike MacLaren Award for the person who makes the most significant contribution to the Scottish Veterans TTA. Alongside Roger Thomas and John Lynn, he won the veteran’s Scottish Team Cup in 1988. Mike was known to be a fine player and was prominent in the English Juniors and was involved in Scottish TT for a number of years, not least as editor of the STTA Bulletin for a period (1989-91). He was very active in Murrayfield TTC and also set up a club in Leith.

Tragically Mike died following a heart attack during a match as did another leading figure in the club Mike Allison (who has the ELTTL Junior trophy named in his honour). Allison a crop research scientist was a keen coach and player before his sudden death in 1992, aged 54.

The club has also won the Edinburgh Evening News and Dispatch Rosebowl (aka the ELTTL Handicap Cup) on 13 occasions (more than any other ELTTL club), including in 2016/17 when the team of Calum Morrison, Haydn Jackson, Charlie McGowan had a combined age of just 38!

The team of Colin Dalgleish, Chris Wheeler and Blair Fowler who constituted the 1st team around 2010-2013 was one of the best put out by the club. They had a number of tight tussles with the strong North Merchiston I side of David Atkins, Willie Mabon and Stewart Armitage. Chris Wheeler topped the averages 2010-2011 with 100%; an impressive feat repeated by Calum Morrison in 2014-15.

The club has seen a number of its players go on to represent Scotland at senior level, including Elaine Forbes, Peter Lugton, Colin Robertson Sarah Hurry, and more recently Calum Morrison, John Hannah, Faye Leggett and current Scottish champion Colin Dalgleish. In the past 4 years or so the club has significantly expanded its coaching activity and membership. Coaching now takes place at 5 venues (The Royal High School, Broughton High School, Tynecastle High School & club’s match venue at The Church of the Good Shepherd), including the successful new ‘Pop in and Play’ venue at The South Gyle Shopping Centre, which the club now runs on behalf of TTS. 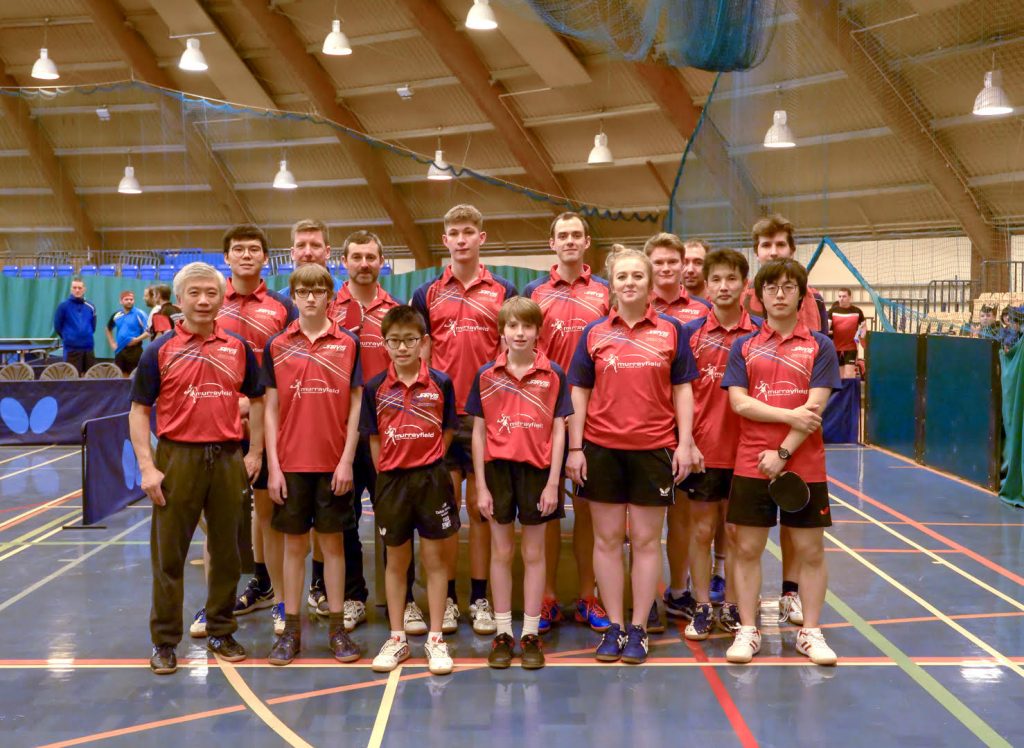 The club currently has 11 teams in the ELTTL and 5 in the Scottish National League. As the club nears its centenary it is larger than ever with more training venues, league teams and members than at any point in its history.

Since the mid-1980’s Lindsay Muir (and more recently his sons Gordon & Graham) have been central to the club organisation and coaching. In 2011 he became the 2nd person to win the prestigious ELTTL Kirkwood Trophy twice (Ken Cadogan is the other). Lindsay took over from Bob Sterling as club President in 1986 and was head coach up until his son Gordon took over the role in 2015. Gordon became Table Tennis Development Officer in 2018 before Krzysztof Borkowicz took over the role in 2020.